How to Skyrocket Your eCommerce Sales

There is encouraging evidence that shows that greater numbers of women are participating in traditionally male-dominated sports such as rugby and MMA. This seems to suggest that some of the long-standing ideas regarding women's capability to compete in these spheres are gradually weakening, and that women seeking to enter these sports face fewer barriers and less discrimination than they previously did. Sports have the ability to empower, so increased female participation is something that must be understood as positive progress and a move away from the macho attitudes normally associated with sports, to something more inclusive and egalitarian.

The number of women participating in sports such as rugby is risingPhoto by Laurabodenschatz // CC0 1.0

Perhaps one of the most striking examples of women penetrating into and becoming incredibly successful in a field that for a long time was dominated by men is the rise of women in MMA. Fighters such as Justine "Cyborg" Justino, Meisha Tate and Joanna Jedrzejczyk have become genuinely popular among fans of the sport, and women's MMA bouts are now highly-anticipated affairs, demonstrating how much progress women have made since 2011 when UFC president Dana White claimed that women would never compete in the UFC.

The woman who changed this was Rhonda Rousey, who made her UFC debut in 2013 and was the first women's champion in the competition. She has since been overtaken by the likes of Holly Holm and Amanda Nunes, but Rousey opened a lot of doors to women when she was in her prime. She helped to challenge patriarchal notions regarding women's place in MMA, forced fans and pundits to take female fighters seriously as professional martial artists, and raised the profile of women's MMA. The current state of women's MMA and the high calibre of fighters breaking through is, in part, Ronda Rousey's legacy. 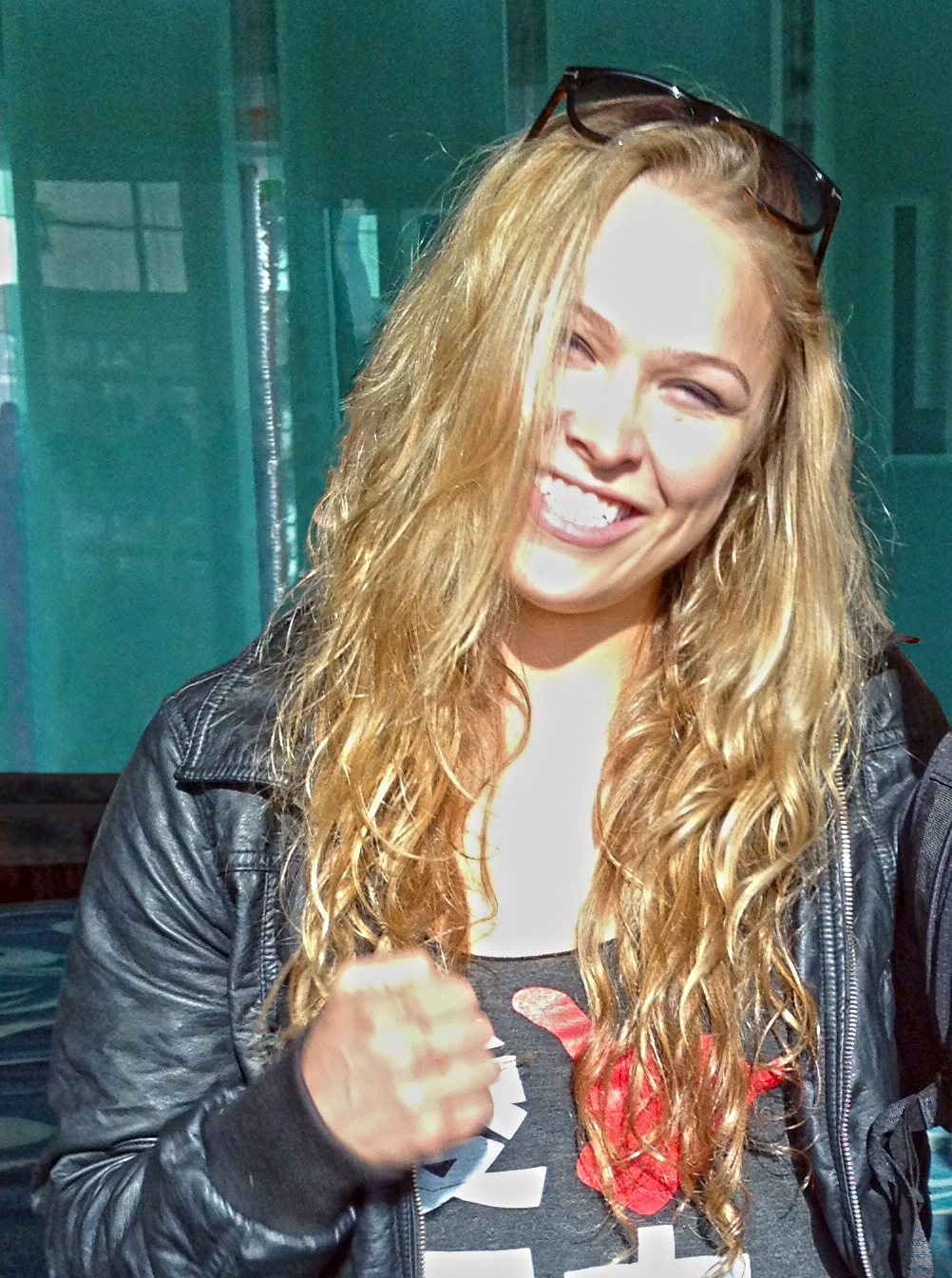 Despite being one of the most popular sports in the world, field hockey is very rarely televised and its star players lack the household-name status enjoyed by athletes in other sports. This may well be due to the fact that many people do not take the sport seriously, probably due to its identity as a sport played mainly by women and girls. One woman, however, that may have a legitimate claim to being a true field hockey celebrity is Fatima de Moreira de Melo, former Dutch international and Olympic gold medallist. Her profile has risen dramatically since entering the world of professional poker.

One particularly interesting aspect to this professional poker player's story is that she crossed over from field hockey, a sport long considered to be a firmly feminine pursuit, and as such one that is quite often looked down upon by male sports fans. The former field hockey star from The Netherlands has been playing big stakes poker since 2009 and has amassed an impressive total earnings of over $500,000.

The rising popularity in women's rugby is also noteworthy. There has been a concerted effort on the part of rugby's governing bodies to reconstruct the sport's identity and effect changes in popular conceptions of the quality of women's rugby. Campaigns such as "Try and Stop Us" are effective in their attempts to narrow gender imbalances in rugby and to remove barriers to participation. There is statistical evidence to show that these efforts are bearing fruit, with figures showing increasing numbers of women and girls are getting into the sport. This seems to be part of a general trend which shows that sports are becoming more inclusive, although sports traditionally perceived as inherently 'masculine' still lag behind sports like golf and tennis, which are some of the most equitable on the planet in terms of equal participation between men and women.

Women such as Ronda Rousey and Fatima Moreira de Melo have done great things in the drive to widen participation and to question prevailing attitudes regarding women in sport. Their success in their respective fields should, hopefully, motivate and inspire women and girls to redefine the boundaries of their potential and to become more confident in their ambitions to excel. And, from the way things are going, it looks as though they are.

7 Reasons Why You Need to Keep Your Shoes Clean

How To Live a Healthier Life With These Helpful Tips

Email armchairpsychologist@swaaymedia.com to get the advice you need!

I have a friend who doesn't reply to my messages about meeting for dinner, etc. Although, last week I ran into her at a local restaurant of mine, it has always been awkward to be friends with her. Should I continue our friendship or discontinue it? We've been friends for a total four years and nothing has changed. I don't feel as comfortable with her as my other close friends, and I don't think I'll ever be able to reach that comfort zone in pure friendship.

I am sorry to hear you've been neglected by your friend. You may already have the answer to your question, since you're evaluating the non-existing bond between yourself and your friend. However, I'll gladly affirm to you that a friendship that isn't reciprocated is not a good friendship.

I have had a similar situation with a friend whom I'd grown up with but who was also consistently a very negative person, a true Debby Downer. One day, I just had enough of her criticism and vitriol. I stopped making excuses for her and dumped her. It was a great decision and I haven't looked back. With that in mind, it could be possible that something has changed in your friend's life, but it's insignificant if she isn't responding to you. It's time to dump her and spend your energy where it's appreciated. Don't dwell on this friend. History is not enough to create a lasting bond, it only means just that—you and your friend have history—so let her be history!

Need more armchair psychologist in your life? Check out the last installment or emailarmchairpsychologist@swaaymedia.com to get some advice of your own!

How to Choose an Insurance That Doesn't Break the Bank

What Is the Most Effective Method of Taking CBD Oil?

We Must Protect Black Students